Some have called Chapel Hill the “southern part of heaven,” and many who have spent time there would wholeheartedly agree.  Chapel Hill was established in 1871 and has become a city with much to offer to anyone who is looking to call the region home. Chapel Hill is home to many museums and historical sights as well as the well-respected University of North Carolina at Chapel Hill. The economy is growing and with a diverse population, this “more than just a” college town has so much more to offer than one might suppose. Moving to Chapel Hill is more than a scenic switch, it might mean a new lifestyle!

As with every area, Chapel Hill is home to many neighborhoods, each with unique character profiles and home style. There is something for everyone in Chapel. Urban? The downtown is booming. Rural, there is an escape to outdoor pageantry on the outskirts of Chapel Hill and the surrounding communities.  Seagroves agents will work with you to get a comprehensive “lay of the land” or help you accurately determine the best possible sales price for your home. For those looking for information about specific neighborhoods, we have provided you with brief descriptions of the most popular in Chapel Hill.

Durham schools offer a fit for every person, child or adult, young or no-so-young. As home buyers and sellers, knowing everything you can about the schools, both public and private, will impact your property value. Buyers with or planning for young children want to know that their schools provide the best possible path for all; buyers who plan to re-sell will want to know how the schools will impact their potential sale, and those who are ready to sell will want to leverage the community schools to ensure the great number of prospective buyers.

By no means exhaustive, here are resources that will help you evaluate the schools in your communities.

The economy is bustling just as is Chapel Hill itself. While work may be limited at times, opportunities abound for those who have the dive and flexibility to make the available jobs count.

The Chapel Hill area is affordable and supports a community with a median income of around $60K. People relocate from less affordable places in larger cities in the Northern parts of the U.S. The housing market in Chapel Hill is relatively stable although some would believe they are higher than should be. The median home price is $330K — lower than the national average.

College towns have a vibe all their own. Chapel Hill is no different. The University of North Carolina at Chapel Hill is one of the oldest public universities in the country, and its student body of more than 24,000 students makes up nearly half of the city’s population.  The downtown area is effectively merged with the 730-acre campus, and its restaurants, bars, and shops are filled with students at almost any hour of any day.

Chapel Hill may be small, but its foodiness isn’t. Bon Appetite dubbed it one of America’s “foodiest small towns.” The college town population has driven the development of a wonderfully eclectic social and restaurant scene. In Chapel Hill, you’ll find it all.

If the vibe of Chapel Hill is something you want, then choosing to move to Chapel Hill is for you. It’s a lot of action in a small package.  Low crime rates, high average pay, and moderate weather help make Chapel Hill a real contender for anyone looking to make a change.

Bottom line? Chapel Hill is a remarkable place to live and own a home. The market is strong for sellers and priced right for buyers. 2020 saw a 49% increase in residential transactions in the region. Chapel Hill remains an ideal area for home buyers and here in the region, you’ll find a wide variety of housing options, building styles, areas and neighborhoods, and lifestyles. Seagroves agents are ready to work with you to find your perfect home or sell your home in this exciting market.

Where to Reach Us 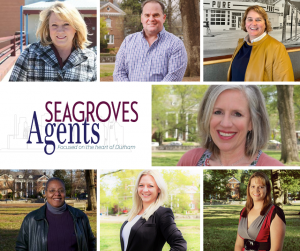 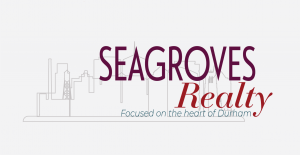 We’re focused on providing you with the most personal attention and best service available. Call us for assistance with buying or selling a home in Durham, Chapel Hill, Hillsborough, and the surround area that makes up the Research Triangle.